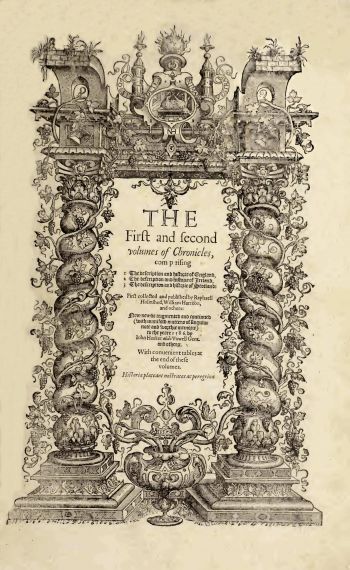 In Julie was a parlement held at Edenburgh, in the which manie acts and statutes were made, right profitable (as was then thought) for the common-weale of the realme. Amongest which, to passe ouer the rest, these séeme woorthie to remaine chronicled to posteritie. First, that none of the citizens (in the feasts of Whitsuntide, or anie such times, in which their hirelings are accustomed to go foorth) should assemble armed, to cast foorth the husbandmen after the old maner. Secondlie, that the inhabitants méeting together, should no more assemble vnder a certeine colour of gaine, which for exercise of the bodie (as it was supposed) was holden after the example of one (I can not tell who) Robert Hood a wild or vplandish man. Thirdlie, that there should be no priuat leagues contracted betwéene subiects. Which lawes did after bring great peace, ease, and quiet to the publike state.[1]