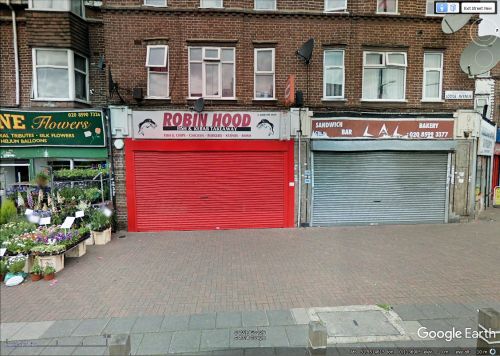 After the demise of Robin Hood at 807 Longbridge Road, Dagenham (formerly Essex, now Greater London) a Lidl was built there instead and, apparently in commemoration of the defunct pub, a fish & chips takeaway shop just around the corner, on Lodge Avenue, changed its name to Robin Hood Fish & Kebab Takeaway. This had happened by September of 2010.[1] A Google search shows that it is also known around the web as 'Robin Hood Fish Bar'.

The shop is not included on these maps.