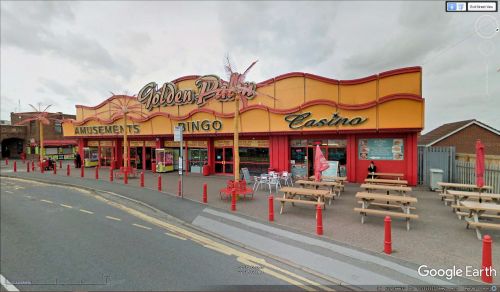 The Golden Palm Resort's amusement arcade on the west side of South Road in Chapel St Leonards used to be known as the Little John Arcade.

The arcade, situated opposite a part of the Golden Palm Resort that was once named the Robin Hood Camp, lost its Robin Hood-themed name at some point before 2008. [1]

Arcade not labelled or indicated on maps.