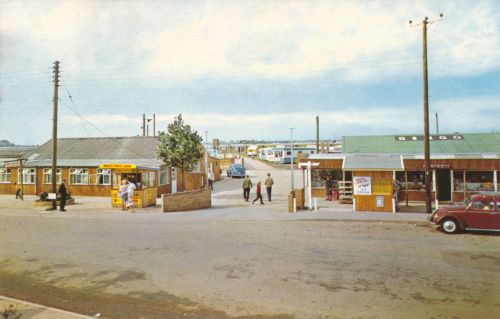 Robin Hood seems to have morphed into a Golden Palm by 2006.[1] While the latter straddles South Road, Robin Hood Camp was located on the east side of it (compare the second and fourth photo in the image gallery below). The first image in the gallery shows a used postcard which a vendor dated 1958. For want of more precise data this will have to serve as the date of first record. While 'Robin Hood Camp' is no longer the official name of the resort, the Robin Hood-themed name is still in use.[2] For statistical purposes the name is therefore (reluctantly) considered extant.

For shops and clubs with Robin Hood-themed names in and adjacent to the camp, see Chapel St Leonards place-name cluster.

Camp not labelled or indicated on maps.