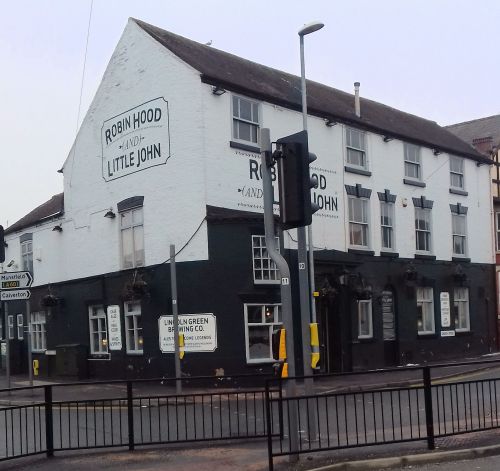 The Robin Hood and Little John has traded under that name – now using the quirky variant "Robin Hood (and) Little John" – ever since 1796, when it opened in premises newly built for the purpose by Thomas Sturtivant, keeper of Nottingham jail,[1]

In the tithe award for Arnold (1842) the land on which the pub stands is listed as "Robin Hood Inn & Yard", the landowners as the trustees of Stirtevant, and the area as 13 perches (531.15 m2).[2] As is usually the case with public houses in urban areas, the Robin Hood and Little John is only indicated as "P.H." on late 19th to mid-20th century O.S. maps (see Maps section below); on some it is not labelled at all. Information on publicans for the years 1925-41 can be found at Pub History.[3]