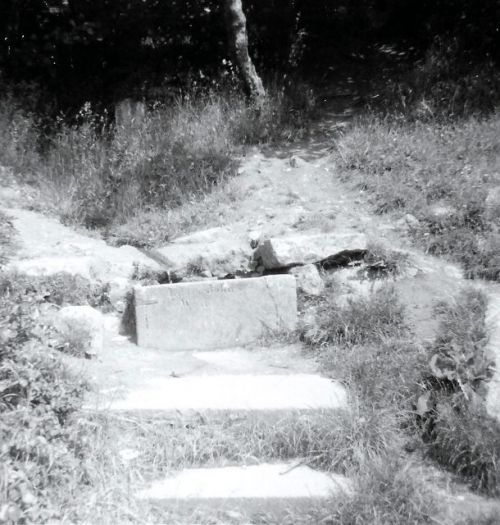 All is not well at Little John's Well, Hampole / Gerald England. 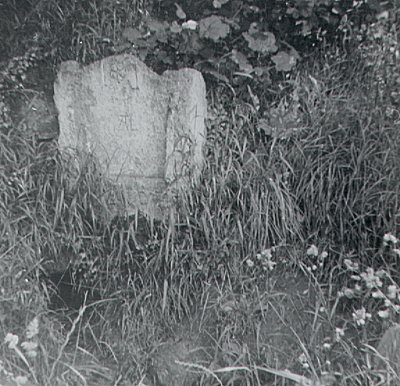 The now derelict Little John's Well is located on the NE side of Doncaster Road (A638), 1.3 km NW of Hampole, a little west of Barnsdale. The name is first recorded in an 1838 MS Tithe Award where it appears as "Little John's Cave & Well", while on an 1841 Ordnance Survey map the locality is indicated as "Lt. John's Well"[1] The well water used to fill a stone trough that had the name "Little John's Well" incised on the front. What remains of the masonry at the well is grade II listed, described as follows: "Remains of seat. Probably C17. Limestone slab standing upright and with recessed panel on one face with the initials 'AL' crudely inscribed beneath a carved device of a 5-petalled rose in a shield. Irregularly-shaped head"[2] In addition to the name "Little John's Well", the 6" O.S. map published in 1854, based on surveying done in 1849, includes the legend "Trough" and shows a structure which is clearly of the same shape as that shown on Gerald England's photos (see below), thus indicating that the stone structure was certainly in place by the mid-nineteenth century.[3]

The site is now dry as the water has been diverted to nearby lakes, and the inscription, clearly visible on the photo in Mitchell (1970),[4] can no longer be traced. In 2021, Little John's Well was said to be "sadly now well overgrown and vandalised [...] The stone quarry behind the well has been excavated over the years with the natural spring that fed it also drying up".[5] Near the well was the site known as Little John's Cave, but this appears to have been filled in. The locality is very close to Hazel Lane Quarry, an active limestone quarry.