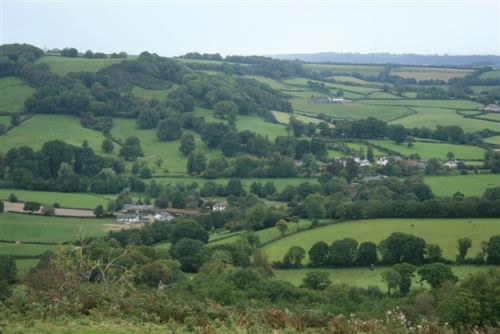 "⌜⌝" indicates "interlineation above the line"; "˄" represents a caret mark in Wasson's source.[2]
Account rendered 1 November.
Wasson (1986), p. 562, s.n. 'freyd': "'freed,' made available (of sums of money) (?), or 'frayed,' defrayed, ie, paid (?)".
Wasson, p. xxv, notes the relative abundance of Robin Hood entries in Devon records, but warns against assuming the events in question were all of a dramatic nature, noting that the chief tasks of the persons elected Robin Hood and Little John were to collect money for the parish and frequently to serve as ale wardens; in most cases the records are not explicit as to the nature of the events.
Wasson (1986), p. lxii: There were church ales at Farway in the years 1564-67
Wasson (1986), p. xlvii: " The chief source of income seems to have been the annual Whitsun ale, but [...] [the surviving accounts] provide no details about entertainment."

The first of the glosses Wasson suggests for the verb "freyed" is entirely unknown to OED2, whereas the verb "fray", an aphetic form of "defray" is recorded 1450-1631.[3] Apharesis of 'de-' in verbs can hardly be called rare in this period.[4] The surname Bucknole is still current. Bucknole is also still found as an element of place-names in Farway.[5]