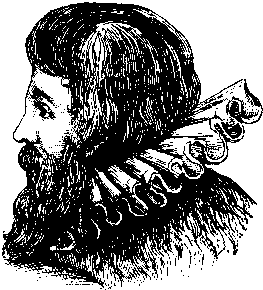 But as for shooting, surely I suppose that you can not perswade me, by no meanes, that a man can be earnest in it, and earnest at his booke to: but rather I thynke that a man wt a bowe on his backe, and shaftes vnder hys girdell, is more fit to wayte vpon Robin Hoode, than vpon Apollo or the Muses. TOX. Ouer ernest shooting surely I will not ouer ernestlye defende, for I euer thought shooting shoulde be a wayter vpon lerning not a mastres ouer learning. Yet this I maruell not a litle at, that ye thinke a man with a bowe on hys backe is more like Robin Hoode seruaūt, than Appllose, seing that Apollo him selfe in Alcestis of Euripides, whiche tragidie you red openly not long ago, in a maner glorieth saying this verse.

Marginal note to the line quoted in the quotation: "Euripid. in Alcest."