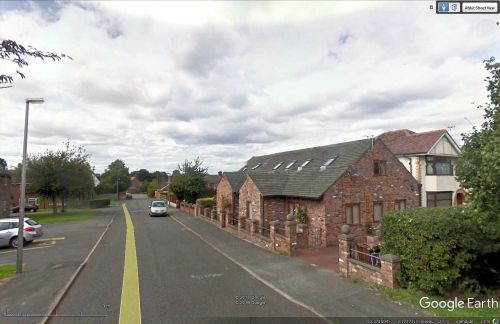 Lower Robin Hood Lane runs west from Chester Road in Helsby. The name may is most probably of 19th or 20th century origin.

The lane is not labelled on any of the O.S. maps listed below (see Maps section), but as several other streets in Helsby also lack labels we cannot conclude from this that the street name had not come into use at the time. The element 'lower' serves to distinguish this street Robin Hood Lane tout court. These lanes, like three fields in the immediate vicinity, all owe or owed their names to the Robin Hood pub, which until recently stood at about the centre of this area with Robin Hood-themed field and street names.