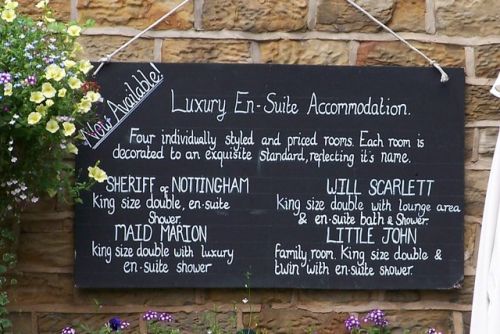 One of the hotel rooms at the now closed Robin Hood Inn in Little Matlock near Sheffield was called the Sheriff of Nottingham room. This and three other rooms were introduced in August of 2006, when the inn's website described them as "4 luxury boutique style en suite bedrooms all individually themed and named aptly of the Robin Hood legends".[1] See further the entry on the inn.