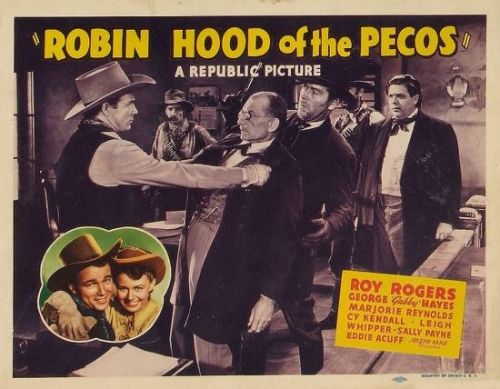 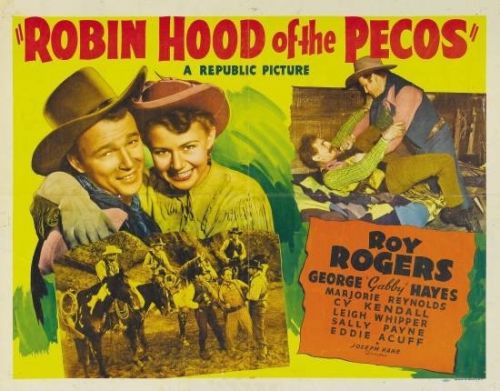 This film's premiss is that "[f]ollowing the dark days of the Civil War the South faced a new enemy, the carpet-bagger. Using the cloak of politics to make a travesty of the Courts of Justice, they plundered a people beaten but unbowed, still eager to fight, unafraid to die for their vanquished land."

Gabby Hayes, .ak.a. the Night Rider is a Robin Hood-like character who stands up against Ambrose Ballard, a carpetbagger who is out to take over all of Purvis County. Harassed by Ballard and his men, the locals meet at night to form a self-defence committee. Ballard's men bust in, searching for the Night Rider. They get a tip that the Night Rider has gone to the mountains. At an inn in the mountains the captain of Ballard's men finds a man named Lance Corbin playing the banjo and singing, while the owner of the inn, Sam Starr, is having a bath. Corbin claims he has seen the Night Rider riding towards town. After a fruitless chase the Captain returns to Ballard to report, telling him about the singing visitor at the inn. Lawyer Wilbur Cravens, who is in league with Ballard, knows this must be Vance Corbin, who he heard singing at the meeting earlier that night and who must therefore be the Night Rider. Ballard's men cannot find Corbin, but Sam Starr and his daughter Belle are arrested.

U.S.Army Colonel Davis comes to Purvis County, telling the locals they can take the amnesty oath to end Martial Law. They do so, and Davis sets the prisoners free. An election is held. Vance Corbin is elected sheriff, Wilbur Cravens judge. As he is starting to look into Ballard's corrupt practices, Colonel Davis is shot by Stacy, one of Ballard's employees. With the colonel out of the way, Ballard reestablishes his corrupt regime. Vance Corbin escapes before he can be caught, but Belle Starr and William Horniday, who is now known to be the Night Rider, are arrested. Marshall law is reintroduced: "By Decree of General Wright, Military Commander of Texas, Martial Law shall be established in Purvis County under Ambrose Ballard until the murderer of Colonel Davis is apprehended." After the two prisoners have been found not guilty by a jury, Ballard declares a mistrial and sentences them to death before a firing squad.

Vance Corbin remembers that there are caves underneath the prison. From one of them he digs his way into the prison and sets both prisoners free. Vance has previously seen a glimpse of Stacy (who murdered Colonel Davis) in the cabin of one Mose. Suspecting that Stacy may be the killer, Vance goes to Mose's cabin and finds Stacy hiding there with a gunshot in his shoulder. Stacy, it turns out, has been shot and left for dead by Ballard. He now admits his guilt to Vance and declares himself willing to testify to the corrupt practices of Ballard. This he does before a General Wright. Vance is reinstated as sheriff and the prisoners set free. Vance Corbin and Belle Starr are set for marital bliss.