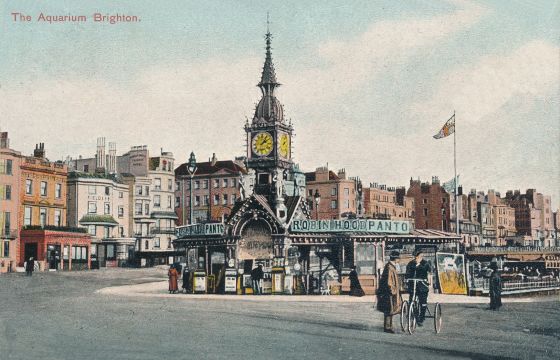 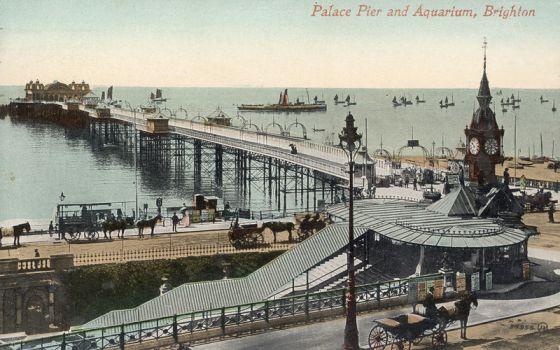 The Robin Hood Panto was one of the shows offered at the Brighton Aquarium according to the first of the picture postcards below. The card is undated, but one specimen is postmarked Oct. 18, 1906.

Designed by acclaimed architect and pier builder Eugenius Birch (1818-84), the Brighton Aquarium opened in august 1872. Apart from the aquarium, the complex contained a reading room, restaurant and conservatory. In a couple of years a roof terrace garden, roller skating rink, smoking room and music conservatory had been added. During the 1890's the establishment hosted events such as organ recitals, lectures, concerts and plays. But there was also a good deal of light entertainment, for the acts booked during the period c. 1873-88 included comedians, singers, minstrels, magicians, acrobats, clowns, ventriloquists, puppeteers, living statuary, animal acts, swimmers, and skaters.[1] From the late 19th century films were shown. However, the initial success did not last, and in 1901 the establishment was in financial problems and had to be sold to Brighton Corporation. Substantially rebuilt in 1927-29, it retains its original function, now as Sea Life Centre.[2]