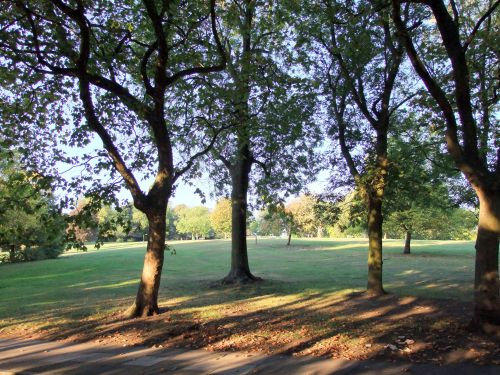 Henry VIII and his queen, Catherine of Aragon, accompanied by many lords and ladies, rode to Shooter's Hill, where they met with Robin Hood, Little John, Friar Tuck, and Maid Marian – impersonated respectively by Yay or Ghay, Thomas Wawen, Wynsberry, and Thomas Villiers – as well as two hundred members of the royal guard dressed as outlaws. The royal guards gave an archery exhibition, all 200 men shooting on cue, with arrows with whistle heads that produced a loud and impressive noise. 'Robin Hood' invited the royal couple into his arbour, feasting them on venison and wine. The royal and noble visitors were subsequently escorted back by Robin Hood and his company, being met en route by Ladies May and Flora in a rich chariot drawn by five horses, ridden by the ladies Humidite, Ver, Vegetive, Pleasant, and Sweet Odour – perhaps impersonated by the children of the chapel – who saluted the king with songs. Pasteboard giants were carried in procession on cars. This maying was witnessed by a large number of spectators. In the afternoon there was a horse race with the royal and noble riders dressed in cloth of gold and – appropriately on May Day – green velvet.

According to Walter Moseley's Essay on Archery (1792) this event is the earliest occasion on which whistling arrows are known to have been used in England.[1]

¶The court lieng at Gréenewich, the king and the quéene, accompanied with manie lords and ladies, road to the high ground of shooters hill to take the open aire; and as they passed by the waie, they espied a companieof [sic] tall yeomen, clothed all in gréene with gréene hoods, and bowes and arrowes, to the number of two hundred. Then one of them, which called himselfe Robin hood, came to the king, desiring him to sée his men shoot; and the king was content. Then he whisteled, and all the two hundred archers shot and losed at once; and then he whisteled againe, and they likewise shot againe; their arrowes whisteled by craft of the head, so that the noise was strange and great, and much pleased the king, the quéene, and all the companie. All these archers were of the kings gard, and had thus apparelled themselues to make solace to the king.

Then Robin hood desired the king and quéene to come into the greene wood, and to sée how the outlawes liued. The king demanded of the queene & hir ladies, if they durst aduenture to go into the wood with so manie outlawes. Then the quéene said, that if it pleased him she was content. Then the hornes blew, till they came to the wood vnder shooters hill, & there was an arbor made of boughes with a hall, and a great chamber; and an inner chamber verie well made and couered with floures & swéet hearbs, which the king much praised. Then said Robin hood; Sir, outlawes breakefasts is venison, and therefore you must be content with such fare as we vse. Then the king and quéene sat downe, and were serued with venison and wine by Robin hood and his men, to their great contentation.

Then the king departed and his companie, and Robin hood and his men them conducted; and as they [p. 837:] were returning, there met with them two ladies in a rich chariot drawen with fiue horsses, and euery horsse had his name on his head, and on euerie horsse sat a ladie with hir name written. On the first courser called Caude, sat Humidite, or Humide. On the second courser called Memcon road ladie Uer. On the third called Pheton sat ladie Uegetiue. On the fourth called Rimphon sat ladie Pleasant. On the fift called Lampace sat sweet Odour. And in the chaire sat ladie Maie, accompanied with ladie Flora, richlie apparelled, and they saluted the king with diuerse goodlie songs, and so brought him to Gréenewich. At this maieng was a great number of people to behold it to their great solace and comfort.

The same after noone, the king, the duke of Suffolke, the marquesse Dorset, and the earle of Essex, their bardes and bases of gréene veluet and cloth of gold, came into the field on great coursers, on whome waited diuerse gentlemen in silke of the same colour. On the other side entered sixtéene lords and gentlemen, all apparelled richlie after their deuises, and so valiantlie they ran their courses appointed: & after that, they ran volant one as fast as he might ouertake another, which was a goodlie sight to sée: and when all was doone they departed, and went to a goodlie banket. [...][2]

In the Month of May, namely on May Day, in the Morning, every Man, except Impediment, would walk into the sweet Meadows and green Woods, there to rejoice their Spirits with the Beauty and Savour of sweet Flowers, and with the Noise of Birds, praising God in their Kind. And for more notable Example hereof, Edward Hall hath noted, that King Henry the Eighth, as in the Third of his Reign, and divers other Years, so namely in the Seventh of his Reign, on May Day in the Morning, with Queen Katharine his Wife, accompanied with many Lords and Ladies, rode a Maying from Greenwich to the high Ground of Shooters Hill; where as they passed by the Way they espied a Company of tall Yeomen, clothed all in Green, with green Hoods, and with Bows and Arrows to the Number of 200. One, being their Chieftain, was called Robin Hood, who required the King and all his Company to stay and see his Men shoot, whereunto the King granting, Robin Hood whistled, and all the 200 Arches shot off, losing all at once; and when he whistled again they likewise shot again; their Arrows whistled by Craft of the Head, so that the Noise was strange and loud, which greatly delighted the King, Queen, and their Company.

Moreover, this Robin Hood desired the King and Queen, with their Retinue to enter the green Wood, where, in Arbors made with Boughs, and decked with Flowers, they were set and served plentifully with Venison and Wine, by Robin Hood and his Men, to their great Contentment, and had other Pageants and Pastimes, as ye may read in my said Author.[3]