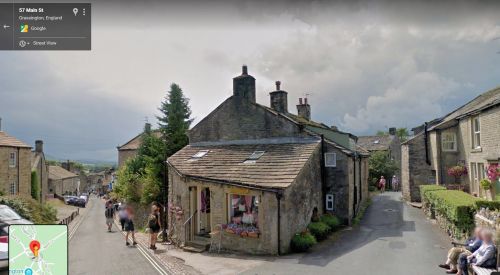 The Robin Hood Inn in Grassington, in the parish of Linton, West Riding of Yorkshire, is known from a tithe award dating from 1846, where "Robin Hood Inn & Cottages" together with the blacksmith's shop are listed as occupying an area of 11 perches (278.22 m2). The occupier is listed as John Parkinson, the owners as 'Grassington overseers'.[1]

The inn is not included in the early O.S. maps listed below, but judging from the 1846 tithe map, its premises were most likely the building on the corner of Garrs End Lane and Main Street – which is now the home of a ladies' fashion boutique named Seasons[2] – or the one next to it in the lane. However, the early 25" O.S. maps, which do not include the inn, have a white area immediately south of those houses. This may have represented the pub's garden or perhaps a then empty lot where the inn had stood. Grassington now belongs administratively to North Yorkshire.