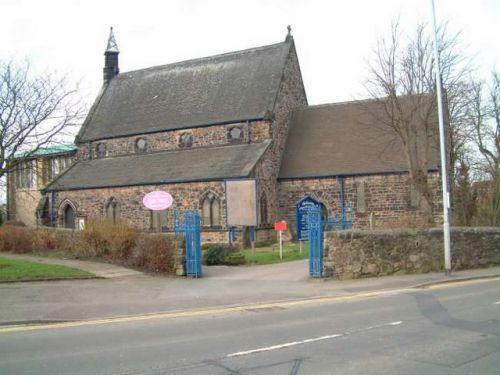 [1890:]
The New Well, as it is called, is annually decorated with flowers and boughs, the festivities extending over two days. At noon, each day, a procession is formed at the well, and marched through the village, headed by a band, and followed by the May Queen riding on a gaily-decorated pony, attended by [p. 163:] her maids of honour, Jack-o'-the-Green, Robin Hood, and the Morris-dancers. This motley cavalcade, accompanied by the inevitable crowd of hangers-on and sightseers, pause at vantage points along the line of route and go through some antics preliminary to the more serious performances that follow on the return to the fields adjoining the well. Here the customary maypole-dancing, old English sports, and amusements, such as wrestling, sack-racing, etc., are indulged in, and prizes distributed by the well-dressing committee to the various successful competitors.[1]

R.C. Hope's source for this account is an article in Midland Weekly News by G. T. Lamby. Unfortunately no date or volume number is given.

Since R.C. Hope does not cite the date of his source, the year 1890 is a terminus ante quem for the beginning of this revivalist festival tradition.