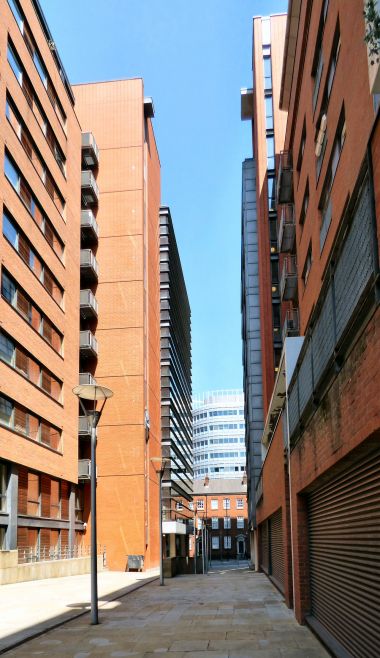 Since Little John Street is a side street of Great John Street, someone obviously had a sense of humour. A rather similar situation is found with John and Little John streets in Bristol.