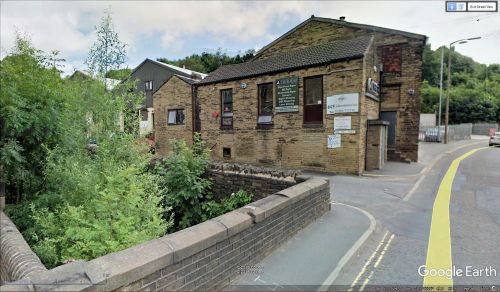 Little John Mill began life as a water driven facility for fulling, scribbling and carding wool. It was built by a John Clegg in 1785 on a part of Clifton Common known as Ganger Ing. Later it was used by a succession of tenants for a variety of purposes, including silk processing and wire drawing. During Clegg's tenancy, which seems to have ended c. 1808, it was usually known as Clegg's Mill.[1] It is not clear when it acquired the name Little John Mill, but this had certainly happened by 1870.[2]A Robin Hood Mill in the vicinity was also built on land owned by the Armytage family of Kirklees Hall. Since they owned the land on which Robin Hood's alleged grave is found, it is a reasonable guess that they suggested these names for the mills.

The following papers among the "Muniments of Kirklees and the Armytage Family", at West Yorkshire Archive Service, Calderdale, refer to the Little John Mill: