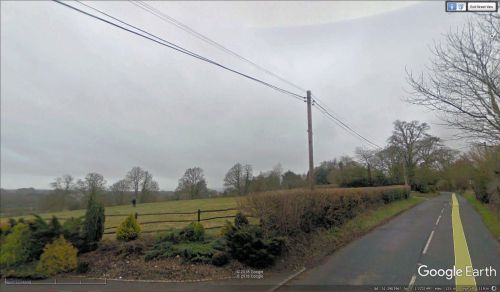 A locality named "Little John" is recorded in the civil parish of Enborne, Berkshire, in 1547.

The volume of the English Place-Name Society's county survey that covers Enborne, Berkshire, includes this locality named Little John in a list of folklore-themed Berkshire minor names and field-names. The only data provided is the year and civil parish. The editor queries whether this place-name belongs in the folklore category.[1] In lieu of the actual coordinates, those used in the info box and on the Google Map are those of Enborne.

It would be of some interest to establish the exact location and nature of the locality named "Little John" at such a relatively early date. While there are many public houses named "Robin Hood and Little John", none is as early as this and none is named Little John tout court. A look at the types of localities named after Little John suggests that "Area" or "Natural feature" is the most likely category. For statistical purposes this locality has to be assigned to a single category, and "Area" seems a good choice as there are a number of (later) examples of fields and plots of land named "Little John", for which see Places named after Little John.