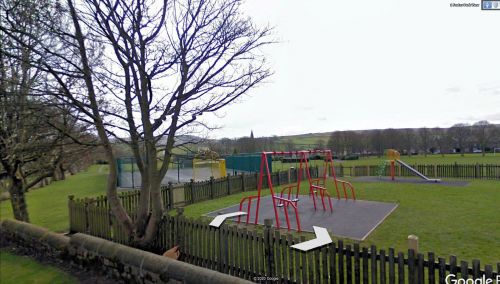 The area now occupied by the basketball court and part of the lawn to the right of it were formerly known as 'Little John' / Google Earth Street View. 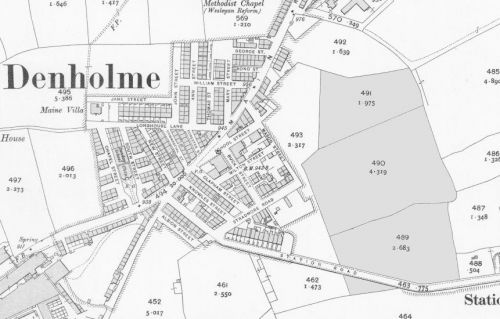 The topmost of the three plots in gray was 'Little John' / Reproduced with the permission of the National Library of Scotland; Creative Commons. 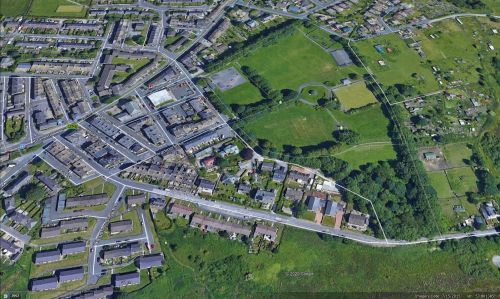 Part of the grounds of Foster Park in Denholme was a piece of farmland known as 'Little John' in 1849.

'Little John' is listed in the 1849 tithe award for Thornton in the parish of Bradford with the representatives of Mr Buck as landowners, Joseph Maud as occupier, state of cultivation as 'Arable', and an area of 1 acre, 3 roods and 25 perches (7714.32 m2).[1] The plot immediately south of 'Little John' was called Robin Hood, below which was Low Robin Hood. Together these three contiguous plots covered and area nearly identical with the present park. One may speculate that the name 'Little John' was suggested by this plot's being adjacent to and smaller than the plot known as 'Robin Hood'. For a discussion of the name of the latter, see Robin Hood.