King James and the Tinker (Whitewebbs) 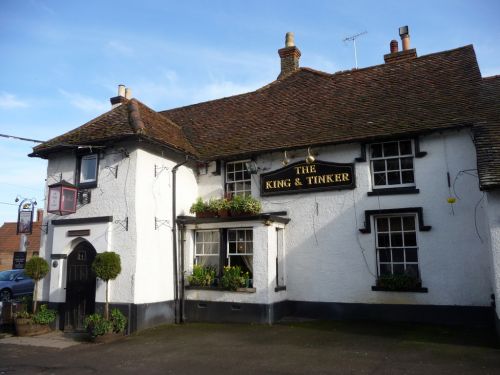 The public house now known as King & Tinker, formerly (or more fully?) King James and the Tinker, on Whitewebbs Lane in Enfield, just north of Whitewebbs Park, very likely owes its name to an early modern tale of the king and subject type.

The pub, which is still going strong, now with the slightly snappier form of the name, was in existence by 1861, according to the excellent Pub Wiki, which has data on publicans and residents for 1861–1937 as well as old photos and postcards.[1]