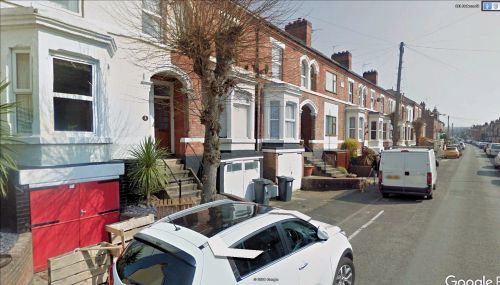 A still existing row of houses on 7 to 15 Malvern Street, Stapenhill, Burton-upon-Trent, was known as 'Ivanhoe Villas' around 1884.

The name appears next to these houses on 6" and 25" O.S. maps published in 1884, based on surveys carried out in 1881 and 1882, but no name is included on later O.S. maps of the area. It is unclear if the name is still in use. Though most of Stapenhill is in Staffordshire, the area in which Malvern Street is situated is or was formerly in Derbyshire.[1]