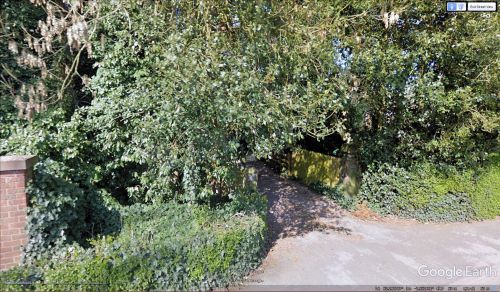 A large villa on the north side of Chester Road in Hartford was named 'Ivanhoe' in the late 19th and the first years of the 20th century.

The villa figures as 'Ivanhoe' in the 1901 census for Hartford[1] and is also included under that name on maps published in 1898 and 1899, but by 1910, probably already by 1908, its extensive grounds had been partitioned into two plots, the north-easternmost being labelled 'The Mount', while its neighbour to the immediate south-west is unlabelled and has no indication of any buildings on it. Ivanhoe seems to have been rechristened 'The Mount' (see maps listed below).

At least one genealogist cites the name as "The Ivanhoe" as if it were a public house.[2] However, the census lists an ageing surgeon and his middle-aged wife as occupants together with a housemaid and a couple of visitors. It was no doubt an upmarket private residence.