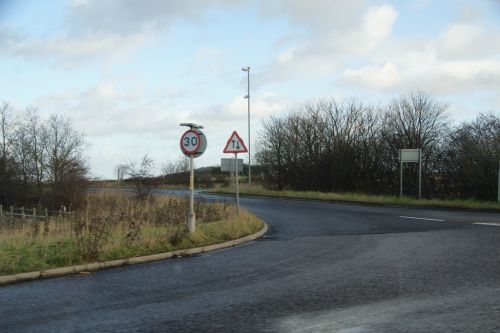 The A639 brancing off at Barnsdale Bar / Bill Boaden.

Barnsdale Bar is a place where the Great North Road forks into a westerly and an easterly branch, now the A639 and A1 respectively. As Dobson & Taylor note, it was a place often chosen for welcoming important visitors to the North.[1] It seems to have been regarded, at least locally, as the gateway to the North. This and the fact that it was one of Robin Hood's chief haunts were Barnsdale only real claims to fame. The last part of the name 'Barnsdale Bar' is due to the fact that there was was a toll bar and house there.[2]