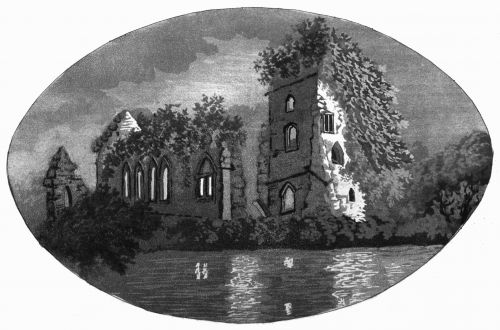 The town of Bishop's Waltham is a small, disagreeable, ill-paved, inconvenient spot, and possessed of no one requisite to make it otherwise. It received the name of Bishop's Waltham, from its being formerly a palace of the bishop of Winchester. [Vol. I, p. 106:]

Some years ago a party of the inhabitants of this town retired to a recluse dell in the forest, from whence they issued forth during the night; and, their numbers rendering them formidable, committed depredations in the neighbourhood, killing deer, sheep, &c. for their subsistence. As they chiefly made their appearance in thenight [sic], they were named the Waltham Blacks. The place of their residence was a recess, inaccessible by any other way than a subterranean passage. They dressed like foresters; the cross-bow was their weapon; and some say they asserted that they were the descendants of Robin Hood; certain however it is, that they lived, like him, by plunder. In this licentious state they remained a considerable time; and at last were dispersed by the activity of the neighbouring gentlemen.

We left Bishop's Waltham without regret, and crossed the forest of Wykeham [...][1]

For an expanded paraphrase of this passage, see 1792 - Anonymous - Account of the Bishop's Abbey at Waltham. Whether or not Bishop's Waltham was in fact as dreadful and utterly insignificant as Hookham and his anonymous paraphrast thought, one would perhaps not expect Thomas Bourn to have found a place for it in his Gazetteer of the Most Remarkable Places in the World (1807 and later). Yet he did, and he says little on Waltham's picturesque ruins, much on its picaresque past.[2] See further Robin Hood's Dell (Bishop's Waltham).