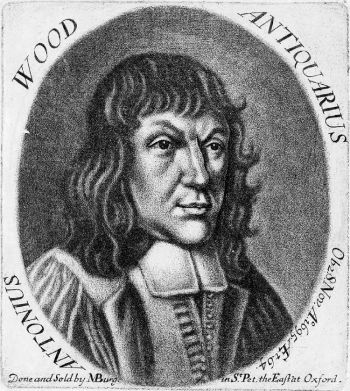 And all, both lodgings, chambers, aedifices and gardens [of St Bernard's College, Oxford], were (as I have seen [...] in a roll concerning the perticulars of St. Frideswide's monastery in King Henry VIII raigne) estemed in length and bredth but two acres, and worth if let to ferme but 20s per annum.

By which wee may understand (considering the praemisses) how this place at or about its time of dissolution was soe much (as 'tis here exprest) undervalued. And therfore I verily believe sold, as they used to say, for 'Robin Hood's pennyworths.'[1]

IRHB's brackets. At the ellipsis I have left out a reference to an irrelevant footnote.