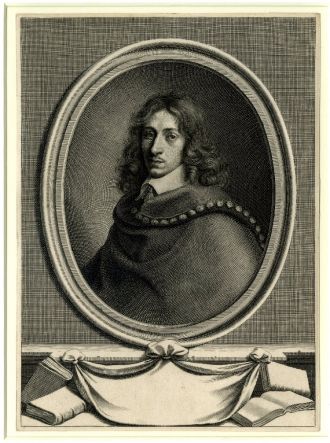 16th. We arrived at Doncaster, where we lay this night; it is a large fair town, famous for great wax-lights, and good stockings. [p. 90:] 17th August [...] Passed through Pontefract; the castle, famous for many sieges both of late and ancient times, and the death of that unhappy King murdered in it (Richard II), was now demolishing by the rebels: it stands on a mount, and makes a goodly show at a distance. The Queen has a house here, and there are many fair seats near it, especially Mr. Pierrepont's, built at the foot of a hill out of the castle ruins. We all alighted in the highway to drink at a crystal spring, which they call Robin Hood's Well; near it, is a stone chair, and an iron ladle to drink out of, chained to the seat. We rode to Tadcaster [...][1]

After Tadcaster, John Evelyn visited York. A. H. Smith notes that "Professor Dickins has noted a Robin Hood's Well between Pontefract and Tadcaster in Evelyn's Diary (16 August 1654)."[2] This is indeed what a literal reading of Evelyn's jottings would sugggest, but as he had spent the previous night at Doncaster and in view of the paraphernalia at the well, there is no reasonable doubt he was referring to the famous Robin Hood's Well in or just south of Barnsdale. In this period stopping for a drink at the well was de rigeur for fashionable travellers along the Great North Road. The well lies on the route from Doncaster to Pontefract, but presumably Evelyn only thought of mentioning it after he had noted passing through the latter town. While travellers are obliged to move sequentially from one place to the next, diarists are not.