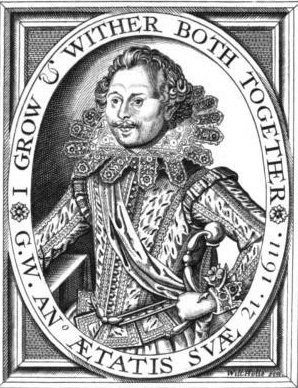 They, from the poorest, and the basest sort
Of people, rose, to highest place in Court.
This is their Jus divinum, whatsoe're
Their friends, or they, would make themselves appear:
Which, by clear demonstration, I make good,
And, not by tales of Tubs, and Robin-Hood.
Thus, what they were; and, what they had to do,
And, what at best their pride hath brought them to,
I have declared; that, your King no more
May cheated be by them, as heretofore:
Or, think, that Law, or Conscience, him obliges,
To keep up their usurped Priviledges,
But, thereby know, that if he shall delight
In that, which is indeed the Royall-right;
He, their vaine services, no more, well need,
And, joy, that from such Flatt'rers he is freed.[1]

'A [ prosopopoeia [...] is a rhetorical device in which a speaker or writer communicates to the audience by speaking as another person or object'.[2]