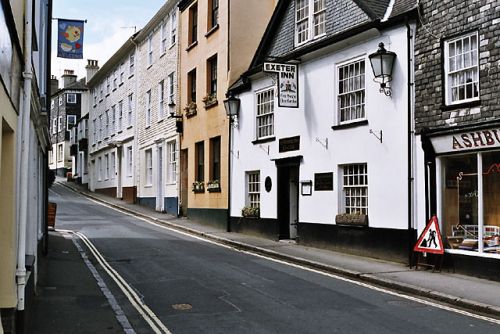 This entry figures in the accounts for 1557-58 under the heading "Paid".

Men surnamed Littlejohn are found in the records too often to be of much interest unless they have something else to recommend them. This Littlejohn is found in Ashburton almost 70 years later than a John Little (see section 'Also see' below). Ashburton was (and is) a small town; was John Littlejohn a descendant of John Little? There is at least one considerably earlier example of a John Little appearing at a locality years before a person surnamed Littlejohn.[2] Although two examples are hardly enough to build a hypothesis on, it does seem likely that Littlejohn arose as a surname for people whose father was named John Little. John Littlejohn of Ashburton is also mentioned in the accounts for 1555-56. There were Robin Hood-related entertainments of some sort at Ashburton (see Cross-references below), but there is no concrete reason to think that John Littlejohn owed his name to playing Little John in these.