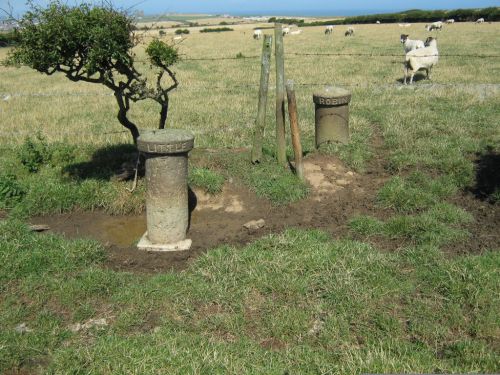 Atkinson, vol. II, p. 727 n. 1: "This stone, with another near it, popularly called Little John's Stone, was still in situ in the earlier part of the present [i.e. the 18th] century, and had a legend connected with it which may be met with in [Lionel] Charlton, [The History of Whitby, and of Whitby Abbey (1779),[2]] p. 146. Both stones have now been removed, and are, I was informed, set up again near the enclosing fence of the field in which they stood. Almost beyond question, like the other monoliths of the district, they marked the site of ancient British interments."

For the etiological myth (myth of origin) 'accounting for' or 'explaining' the presence of these stones, see the page on the place-name Robin Hood's Stone (Whitby Laithes).

According to Colin Platt, Robin Hood's Stone, 'an important close of pasture' at the Whitby Laithes grange, which belonged to Whitby Abbey, was at the time to which the record cited above refers farmed by "George Bushel and John Master".[3] Platt's source is the MS source of the above record quotation. As far as I can see, Bushel and Master held the next piece of land mentioned in the Whitby Laithes ministers' accounts, not Robin Hood's Stone.