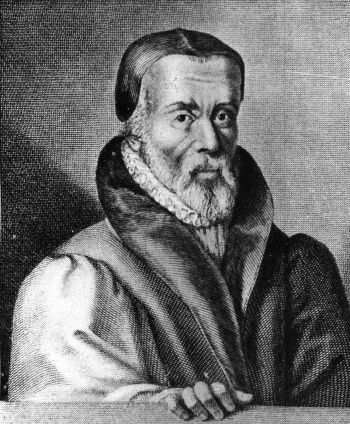 William Tyndale / John Foxe's Actes and Monuments of these Latter and Perillous Days, Touching Matters of the Church, a.k.a. Foxe's Book of Martyrs (1563) via Wikipedia.

This comfort shalt thou evermore find in the plain text and literal sense. Neither is there any story so homely, so rude, yea, or so vile (as it seemeth outward), wherein is [p. 38:] not exceeding great comfort. And when some, which seem to themselves great clerks, say, 'They wot not what more profit is in many gests of the scripture, if they be read without an allegory, than in a tale of Robin Hood:' say thou, 'That they were written for our consolation and comfort; that we despair not, if such like happen unto us. We be not holier than Noe, though he were once drunk; neither better beloved than Jacob, though his own son defiled his bed. We be not holier than Lot, though his daughters through ignorance deceived him; nor, peradventure holier than those daughters. Neither are we holier than David, though he brake wedlock, and upon the same committed abominable murder. All those men have witness of the scripture that they pleased God, and were good men, both before that those things chanced them, and also after. Nevertheless such things happened them for our ensample, not that we should counterfeit their evil; but if, while we fight with ourselves, enforcing to walk in the law of God as they did, we yet fall likewise, that we despair not, but come again to the laws of God, and take better hold.'[1]

IRHB's brackets.
P. 38, marginal note against "'That they were written for our consolation": "A goodly comfort against desperation."
Published in 1530, cf. pp. xvii, 30.

This is one of at least five allusions to Robin Hood in the writings of Tyndale.