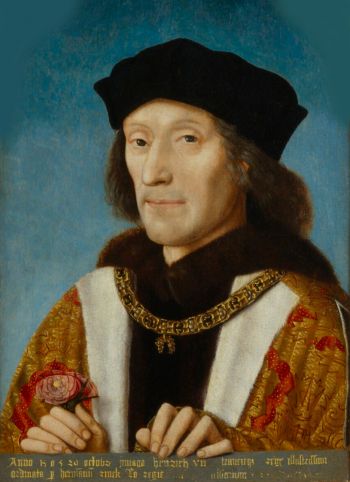 Shortly after his coronation, Henry VII embarked on a progress of (mainly) the North in order to gain goodwill and pacify opposition by peaceful means. The account of the progress, from which the above passage is taken, seems to have been written shortly after the completion of the new king's propaganda tour. It seems unlikely that such a detailed account could have been written more than a few months after the events it details. There is throughout a marked focus on the pageantry and displays with which the king was greeted at every major station of his tour. Robin Hood's Stone was situated very close to Barnsdale Bar. Since representatives of the various cities tended to meet the king at some place near the boundaries of their domains, it is almost certain that the choice of Barnsdale Bar reflects its status as a kind of gateway to the North.

En route to York the king visited Nottingham, where he was escorted from a mile south of the Trent to the castle by the 'Meir and his Brethren of Notingham in Scarlet Gounes on Horsbake, accompanyed with 6 or 7, with other honest Men al on Horsbake'.[6] He then went to Doncaster and via Barnsdale to York.