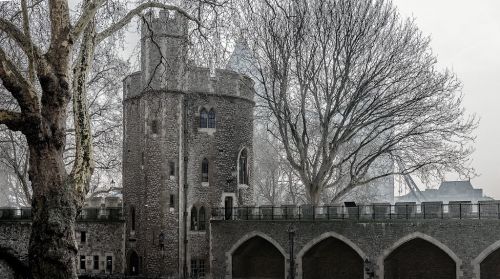 The Tower of London / Photo: Alexander Gutkin, via Panoramio, no later than August 28, 2013.


Mandate in pursuance to the constable. By p.s.[1]

Brackets as in printed source, except date which was added by IRHB.
"Membrane 17."
The passage quoted is a calendar entry, not a translation, of the record.

The trio here released from prison were accused of "confiscating" a Flemish ship laden with £600 worth of goods on the Tyne in 1323 (see link in section "Also see" below). For the career of this John Little and for the name "atte Wose" see Little John the mariner (record texts).