1316 - Ralph the Collier in Manor of Wakefield 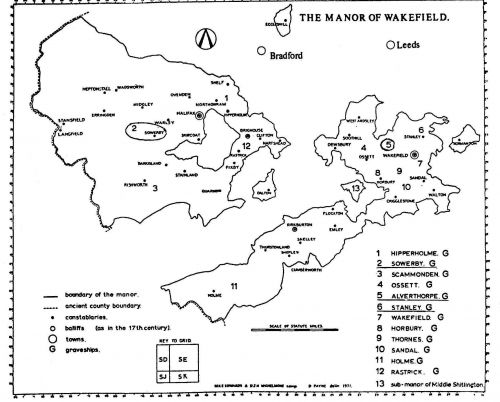 The Manor of Wakefield, from Briginshaw Family. Click to enlarge.

Collier was not an uncommon occupation, and Ralph was not an uncommon Christian name, so it is perhaps not surprising that at least one genuinely historical Ralph the Collier can be found. The tale of Rauf Coilȝear being a Scottish tale, there is of course no reason to believe that Ralph the Colier from the Wakefield manor court rolls gave his name to the tale or, conversely, that he was named after its hero. I do not believe this historical Ralph the Colier has been noted before.